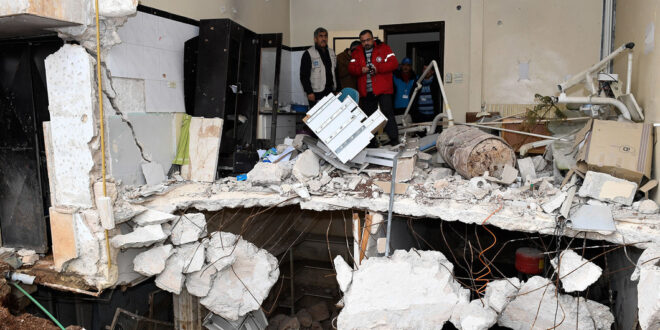 United Nations Secretary-General António Guterres announced the formation of a senior advisory panel to address the problem of targeting civilian facilities in Syria.

“The Secretary-General submitted a letter to the Security Council on April 6, which included a summary of the report of an investigative council that was created to look into incidents that occurred,” said Stefan Dujarric, spokesman for the Secretary-General, during a press conference held at the United Nations headquarters in New York. In northwestern Syria, since September 17, 2017, facilities included in the organization’s list to prevent clashes have been targeted.

Dujarric added, “The Secretary-General asked about the issues raised, which are complex, and the most important of which is which parties to the conflict should be informed of information that supports the United Nations humanitarian non-engagement regime.”

He explained: “After consultations, Guterres decided to appoint a senior advisory panel to prevent a humanitarian clash in Syria, consisting of 3 experts, who are Mr. Jan Egeland (from Norway) as chairperson, Ms. Erica Feller (from Australia), and Mr. Radwan Nasir (from Tunisia)) “.

The “preventing humanitarian clash” system includes sending the coordinates of hospitals and medical facilities in Syria to Russia, Turkey, and the United States, to prevent their targeting during military operations.

Dujarric stressed, “The consultative group has already started its work on January 11, and is expected to submit a final report to the Secretary-General by May 10 next.”

The spokesman affirmed that “the consultative team will operate independently and provide the Secretary-General with advice on how to strengthen the mechanism to support the prevention of humanitarian clashes in Syria and the lessons that can be learned.”

On June 27 of last year, Russia announced its withdrawal from a voluntary arrangement led by the United Nations to protect hospitals and humanitarian aid shipments in Syria from being targeted by the warring parties, after a UN report accused the Assad regime and Russia of carrying out attacks on three health care facilities, a school and a children’s shelter in the northwest Syria last year.