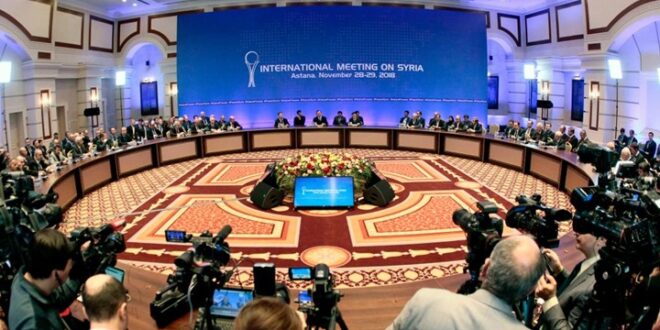 Today, Wednesday, the guarantor countries of the ceasefire (Turkey, Russia and Iran) held the closing session of the Astana 15 talks, in the Kazakh capital, “Nur al-Sultan”, to discuss developments in the Syrian issue.

It affirmed its rejection of any attempt to create new facts on the ground in Syria, under the guise of combating “terrorism”, including illegal self-government initiatives.
The guarantor countries explained, “The rules of procedure and basic working principles of the Syrian Constitutional Committee must be respected and progress made in its work so that it can formulate a constitutional reform that will be put to a referendum.”

The countries guaranteeing the ceasefire in Syria have also agreed on the date of Astana 16 to be held in the middle of this year.

On Monday, the work of the 15th round of talks on the “Astana track” was launched, with the participation of the guarantor states of the track, Russia, Iran and Turkey, to discuss developments in the security, political and humanitarian situation in Syria.