Yesterday, Monday, the Syrian Media Association issued the founding statement for the launch of the association at home and abroad, nearly a week after the first founding conference held in Idlib.

Omar Haj Ahmed, a member of the Board of Directors, about the structure and system of the Syrian Media Association, said in a statement to Fresh, “The Syrian Media Association is the media body that was announced in the first founding conference of the Association, and we started forming it more than a year and a half ago, where media conglomerates were formed from
About 620 media professionals elected a preparatory committee consisting of 57 media professionals. They prepared a draft of the bylaw in addition to preparing for the first founding conference.

He added: “Yesterday, Monday, the Syrian Media Association was announced, and the vote on the bylaws will be approved, in addition to electing an association council composed of 27 people, whose task is to monitor the work of the Board of Directors, and a link between the Board of Directors and the General Secretariat, in addition to electing 9 members as a council.
Management of 7 of them basic and 2 complementary ”.

Omar Haj Ahmed explained that the main goal of establishing the association is to organize media work, train and develop the media cadres present, whether in liberated areas or outside Syria, and protect media professionals and journalists from any violation.

Omar Haj Ahmed stated that the Syrian Media Association is an independent media entity that is not affiliated with any political, military or partisan entity, and operates away from the Salvation Government and the interim government in the liberated areas.

The establishment of the association was announced at the first founding conference on February 11, 2021, in the city of Idlib, in the presence of many journalists, activists and media professionals, and the members of the Board of Directors were elected through the ballot box, under the supervision of lawyers, former judges, and observers from the Syrian civil society institutions. 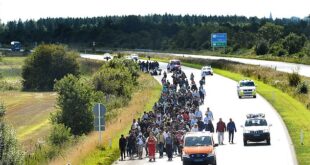 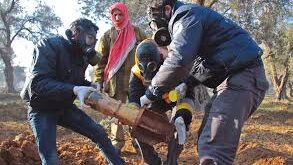 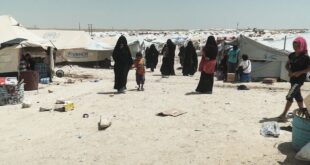