الرئيسية / In English / Naser Al-Hariri: The world knows that the Assad regime is the one that is obstructing the political solution in Syria 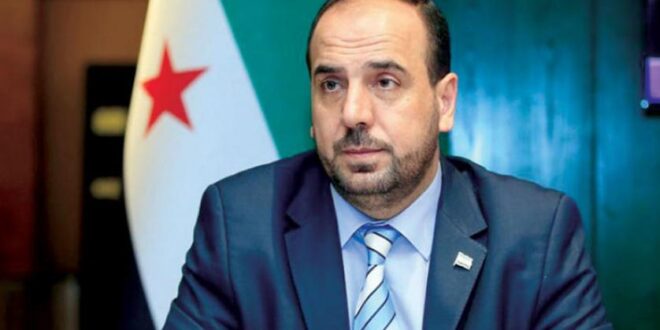 Naser Al-Hariri: The world knows that the Assad regime is the one that is obstructing the political solution in Syria

The head of the National Coalition of Syrian Revolutionary and Opposition Forces, Nasr Hariri, said yesterday, Tuesday, “The Syrian opposition has nothing but a political solution, and the whole world knows that the Assad regime is the one who is obstructing that solution,” he said.

This came in a lecture he gave in the Qatari capital, Doha, which he delivered at the Center for Conflict Studies and Humanitarian Action, to discuss the latest developments in the Syrian file.

Hariri added, “The opposition is ready for the political solution in Syria, as it is the only solution there, and it is ready for it. It also has several alternative options to force the Assad regime to submit to peaceful solutions.”

“Time works in favor of the opposition and not in favor of the regime,” he stressed, referring to the deteriorating economic and security conditions in the areas controlled by the Assad regime.

Hariri called on the new US administration to engage seriously in the Syrian issue and strive to implement a political solution, explaining that “the way Washington dealt, whether in the democratic administration or the republican administration, with the Syrian file, was a matter of managing the crisis and not looking for serious solutions to it,” as he put it.

He concluded his speech, rejecting the reconstruction in Syria before reaching a transitional political solution according to the Geneva statement, considering any attempt at reconstruction by countries that play on this term will be against the Syrian people and their interests.