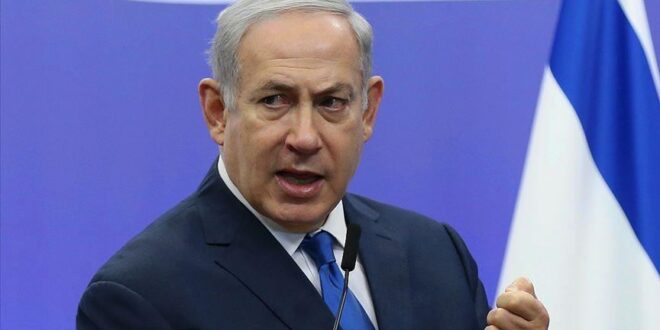 “We will prevent Iran from developing precision missiles in Syria and Lebanon,” Israeli Prime Minister Benjamin Netanyahu said in a series of tweets on his Twitter account on Tuesday.

Netanyahu added: “There are those who threaten us to pay a painful price in the context of a confrontation. If these threats materialize, our response will be tens of times greater.”

He continued, “We will not tolerate an Iranian military posture in Syria aimed at exposing us to danger.”

He emphasized, “On the eve of Purim (Purim), I say to those who seek to eliminate us, meaning Iran and its followers in the Middle East: 2500 years ago another Persian enemy sought to exterminate the Jewish people and as it failed then, you will fail in our days,” he said.
He made clear that his country would not tolerate any Iranian military positioning in Syria that would endanger Israel, noting, “We will not compromise on developing high-precision missiles in Syria and Lebanon.”

He also added, “We do not count on any agreement with an extremist regime like theirs (Iran), and regardless of whether there is an agreement or not, we will do everything in our power to prevent Iran from supplying nuclear weapons.”

Netanyahu had previously warned on December 23 that Tel Aviv would not tolerate the efforts of Iran and its militias to develop high-precision missiles in Syria or Lebanon, again Tel Aviv’s determination to confront Iran’s attempts to establish a military position in Syria.