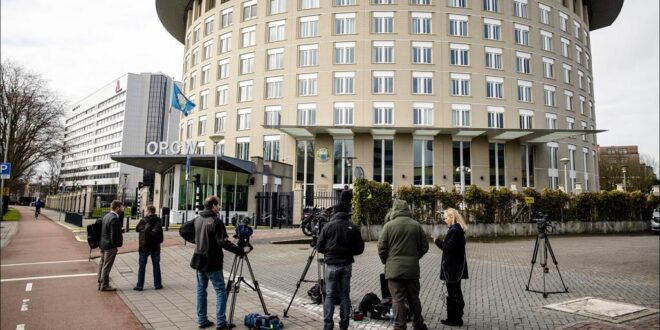 Russia’s permanent representative to the Security Council, Dmitry Poliansky, said that the Assad regime may stop its cooperation with the Organization for the Prohibition of Chemical Weapons, if the Western countries ’proposal to disrupt Damascus’s role in the organization is accepted.

This came after France’s initiative, within a proposal submitted by a group of Western countries, for the Organization for the Prohibition of Chemical Weapons to adopt a draft resolution confirming Syria’s non-compliance with the organization.

Poliansky added, “I urge you to consider if you deprived Syria of the right to participate in decision-making in the organization, then what is the purpose of Damascus continuing to interact with it in the first place?” According to his description.

He pointed out that, “If the enemies of Syria are also opposed to the real destruction of chemical weapons throughout its territory, and they achieve what they want, then we will all face very difficult times.”

It is noteworthy that the American government reports indicated the use of chemical weapons by al-Assad in Syria, and the attacks were documented by human rights and international organizations.

شاركها
السابق United States: Caesar Act does not include a ban on the export of food and medicine to Syria
التالي كورونا في دقائق