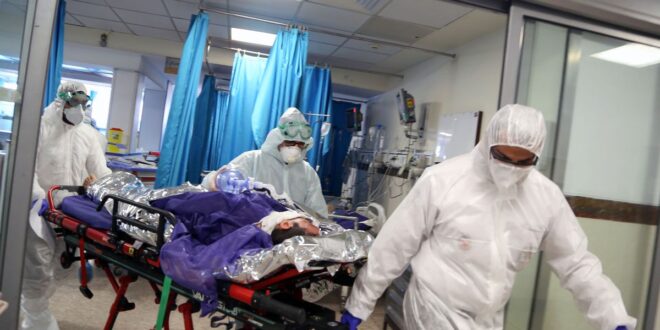 380 new cases of Coronavirus in various regions of Syria

The Early Warning and Epidemic Response Network announced that 19 new infections were recorded during the past 24 hours in the liberated areas in northwestern Syria, thus raising the total number of infections in northern Syria to 21,436 infections, and the number of recoveries to 19,568 cases, after recording 3
New cases.

While the death toll stopped at 638 cases, and the total number of cases that had been tested until yesterday was 111,691 tests in northern Syria.

While the “Health Authority” affiliated with the Autonomous Administration of North and East Syria announced the registration of 241 new cases of Coronavirus in its areas of control, and Dr. “Joan Mustafa”, the official in the Health Authority, revealed that 5 deaths were recorded from Hasakah regions, and the infections were distributed in the regions of Hasaka, Raqqa, Aleppo and Deir.
False.

It should be noted that the number of cases of Coronavirus has increased again in Syria during the current period, while the total toll across the country has reached 52,665 cases and 2,385 deaths.