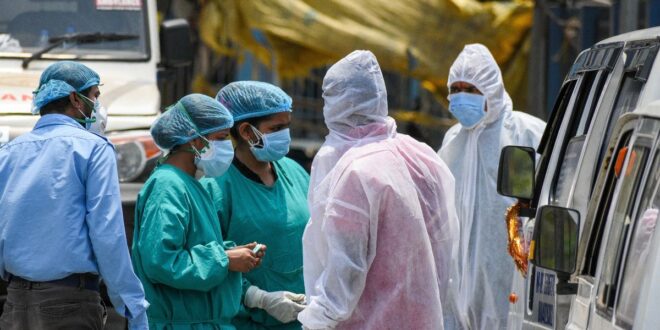 The Indian Corona strain arrived in Jordan several days after the worsening health situation of the pandemic in India, which recorded high statistics compared to countries of the world, amid a deficit and weakness of resources and capabilities.

In a race to vaccinate the largest number of citizens, the Jordanian Minister of Health, Firas Al-Hawari, announced today, Sunday, the outbreak of three cases of the mutated Indian Corona virus, indicating that the infection situation is stable, and two cases were distributed in the capital Amman and one in the Zarqa Governorate.

The Jordanian minister called for not to be complacent in health measures, and not to be complacent about receiving Corona vaccine doses, which are estimated at 60,000 doses daily, indicating that a third wave of Coronavirus is approaching, and an additional 23 hospitals have been placed to administer the vaccines.

With the worsening of the Corona crisis in India and the unprecedented rise in the infection curve, which reached 400,000 cases registered yesterday, Saturday, and more than 3,500 deaths, civilians, religious and educational institutions and schools in the country rushed to convert them to isolation centers and oxygen sessions, with scenes of the injured receiving oxygen sessions on the streets.

The capital, New Delhi and the state of Maharashtra, the most affected by the Corona pandemic, which has changed since April 22, are facing a severe crisis, a shortage of medical equipment and supplies, and poor health capabilities and the incidence will rise to nearly 20 million.