الرئيسية / In English / An American intelligence report: The situation in Syria has reached an unstable dead end 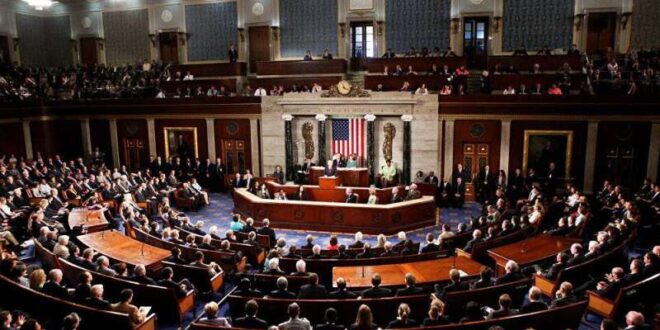 An American intelligence report: The situation in Syria has reached an unstable dead end

The US Senate Intelligence Committee stated in its annual report, “The Assad regime and its opponents have reached, after ten years of war, an unstable dead end.”

It suggested the report, which is based on information provided by all the security agencies in the country, including the Central Intelligence Agency (CIA) and the Federal Bureau of Investigation (FBI), that “the front lines will remain mostly constant during the next six months.”

It explained that the Assad regime “will not resume a major attack on Idlib, without clear political and military support from Russia, based on its previous reluctance to engage directly with the Turkish army.”

He considered that “it is almost certain that the Syrian opposition is no longer able to pose a threat to the Assad regime, and seeks instead to defend its remaining areas of control in northern Syria and maintain Turkish support.”

The report spoke of the escalation and mutual accusations between the Turkish forces and the revolutionary factions, and between the Syrian Democratic Forces on the other hand.

He pointed out that the Assad regime is building relationships with local tribes in the east of the country to stir unrest, weaken the United States’ relationship with the tribes, and launch attacks on the international coalition and the Syrian Democratic Forces.

The Intelligence Committee considered that Moscow would maintain a long-term military and economic presence in Syria, giving it access to natural resources and continuing to use and expand its military presence.

It explained that Russia seeks to normalize relations between the international community and the Assad regime, with the aim of encouraging foreign investment and reconstruction efforts, while also reducing the impact of US sanctions on the Assad regime.

As for Iran, it remains committed to securing its strategic interests in Syria, including ensuring the stability of the Assad regime and maintaining access to its partners and militias in the Levant, particularly the Lebanese Hezbollah militia.
The report pointed out that Iran is also seeking to exercise their influence in post-conflict Syria, particularly through reconstruction decades and a permanent military presence.

While the primary goals of the Hezbollah militia in Syria are to maintain security along the Lebanese-Syrian border, to prepare for a possible conflict with Israel, and to maintain the resupply contract from Iran, according to the report.