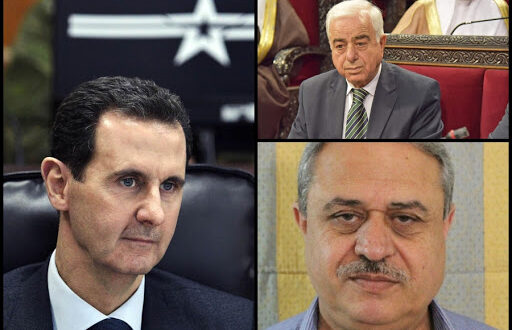 According to the Al-Assad regime’s SANA agency, the President of the Supreme Constitutional Court, Muhammad Jihad Al-Lahham, announced that the court decided, in its initial announcement, to accept the nominations of Abdullah Salloum Abdullah, Bashar Hafez Al-Assad and Mahmoud Ahmad Mari, and rejected the rest of the candidacy applications submitted because they did not fulfill the conditions Constitutional and legal.

Al-Lahham explained, according to what SANA reported, that “those whose candidacy applications have been rejected have the right to appeal before the Constitutional Court within three days, starting from the morning of Tuesday May 4, and according to the constitution amended by the Assad regime in 2012, the Constitutional Court will decide on The grievance within the three days following its submission of a “final decision”

On April 18, the President of the People’s Assembly of the Assad regime announced that the date of the “presidential elections” in Syria would be set on May 26, and the door for nominations was opened for a period of 10 days.

These elections are met with international and international rejection, while the countries allies of the Assad regime, most notably Iran and Russia, support them.

In a briefing before the Security Council on April 28, the UN envoy to Syria, Geir Pedersen, stressed that the “presidential elections” in Syria are not part of the political process established by Security Council Resolution 2254, and that the United Nations is not participating in these elections, and it does not have authorized.