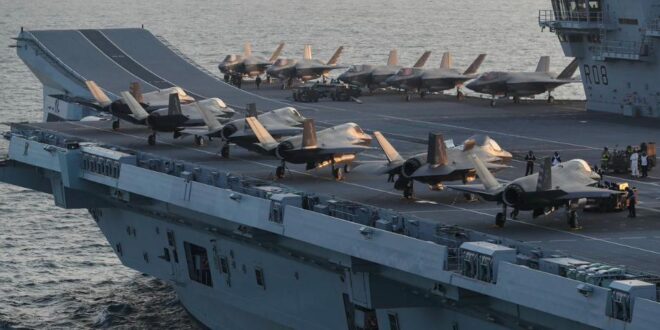 Britain sends its naval strike force towards Syria and Iraq

The British “Express Star” newspaper reported in a report that Britain was determined to send its naval strike force towards Syria and Iraq as part of its operations within the international coalition to fight ISIS.

“We will continue to take the fight to them in their sanctuary where otherwise, they would threaten the streets of the UK and our allies,” added Mike Wigston.

Earlier, the Sunday Times newspaper confirmed that Britain will send warships to the Black Sea this May, to support Ukraine in the face of Russian threats, and in the context of showing solidarity with Kiev and NATO allies in the region.

The newspaper quoted a spokesman for the British Ministry of Defense, that his country is working with Ukraine to “monitor the situation and continue to call on Russia to stop the escalation,” adding that Britain and its international allies are steadfast in supporting “Ukraine’s sovereignty and territorial integrity.”