الرئيسية / In English / The Interim Government: Bashar Al-Assad released the perpetrators of serious crimes and left out those who were forcibly held in his prisons 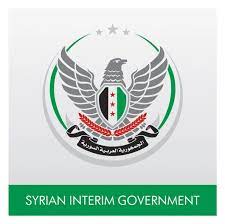 The Interim Government: Bashar Al-Assad released the perpetrators of serious crimes and left out those who were forcibly held in his prisons

The Interim Government, in a statement, stated that the amnesty decree issued by Bashar al-Assad constitutes an international return as it does not include detainees and forcibly disappeared persons in his prisons.

The statement clarifies that the amnesty decree represents a renewed transfer and a flagrant international challenge to human rights that have been waiting for the Assad regime to release the detainees who have been in its prisons for decades without fair and transparent trials.

The interim government that I drew includes the perpetrators of crimes against the government, and ignores the prisoners of conscience and the disappeared.

Amnesty International for those arrested under the clause of “terrorism” are “the free people who participated in the Syrian revolution, and are not included in this amnesty, in order to circumvent human rights and international resolutions.”

Bashar al-Assad, last Sunday, issued a general amnesty decree, number 13 for the year 2021, for the perpetrators of crimes, misdemeanors and felonies.

The decree granted a pardon for the full penalty of misdemeanors, contraventions and some felonies, such as the crime of “undermining the state, the state,” while it excluded the perpetrators of terrorist crimes that caused death, treason, espionage and others, according to the details of the decree.

It is allowed, according to a decree corresponding to the presidential elections, to be held on May 26, now, to watch white programs, while Assad’s allies are supporting them, most notably Iran.