“UNICEF” warns of continued violence and attacks in Syria

The United Nations Children’s Fund (UNICEF) has warned of the continued violence and attacks in Syria, stressing that this will push the country further towards the edge of the abyss.

The organization said that it had confirmed the killing of at least 6 children in several attacks by the Assad regime forces and its ally Russia yesterday, Saturday, on three villages, namely Iblin, Balshon and Balion in Jabal Al-Zawiya.

The organization explained that the available reports indicate that 3 children were killed with their parents while they were sleeping at home and two children were also killed in addition to a humanitarian worker in the area.”

“In addition, we have received reports of damage to a water plant as a result of the attacks.”
The United Nations expressed its dismay, saying: “It is truly a tragedy. These attacks are the worst since the ceasefire agreement was reached in the region in March of last year.”

It added that the escalation of violence will only lead to the loss of more children’s lives, calling for the protection of all children and to refrain from further attacks.

The organization added, “The only way out of the war in Syria is through diplomatic solutions,” noting that violence and more attacks will push Syria further to the edge of the abyss and will obstruct the path towards peace and a better future for millions of children in the country.

The organization confirmed that the United Nations verified that, in the past year alone, 512 children were killed in Syria, the majority of whom were in the northwest.
Yesterday, Saturday, Assad regime forces targeted several villages in Jabal al-Zawiya, south of Idlib, which led to the death of 9 civilians, most of them children. Russian warplanes also launched several raids, destroying a drinking water pumping station and a civil defense center.

The areas of northwestern Syria are subject to the ceasefire agreement since March 2020, which was signed between Turkish President Recep Tayyip Erdogan and his Russian counterpart Vladimir Putin in Moscow. 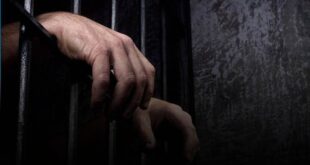