Yesterday, Tuesday, a Turkish newspaper revealed a “dangerous” plan that the Assad regime forces and its loyal militias are preparing to implement in Idlib Governorate, northwest Syria.

The Turkish newspaper, Daily Sabah, said: “The Turkish security services obtained a report revealing the possible intentions of the Assad regime and militias loyal to Iran to carry out a chemical attack against civilians in the vicinity of Idlib city.”

It added that the Turkish authorities had obtained a report on developments related to Idlib governorate.

According to the newspaper, “amounts of chemicals are being stored in an area near Aleppo Governorate.”

The newspaper cited information obtained from the Turkish newspaper, Hurriyet, that “indications coming from northwest Syria confirm the existence of a dirty plan through which the Assad regime is preparing to launch a chemical weapons attack against civilians in the Idlib region during the coming period.”

It indicated that the Assad regime will hasten to accuse the Syrian opposition factions of being behind the attack it intends to carry out.

Turkish President Recep Tayyip Erdogan discussed developments and attacks against civilians in Idlib with his Russian counterpart Vladimir Putin in the Russian city of Sochi at the end of last month.

The Assad regime has a track record of using chemical weapons against civilians, as these weapons have been used 217 times in different parts of Syria since 2013, as the eastern and western Ghouta regions in Damascus countryside and Khan Sheikhoun in Idlib and al-Lataminah in Hama witnessed horrific massacres against civilians, the largest of which was in Eastern Ghouta Which killed more than 1,400 civilians, according to the Syrian Network for Human Rights.

Idlib governorate and the cities and towns of northwestern Syria are cautiously calm, punctuated by artillery and air bombardments, in light of the talk by the Assad regime’s media about an “imminent” military operation against the region, which is matched by the Turkish army’s continued strengthening of its bases in Idlib. 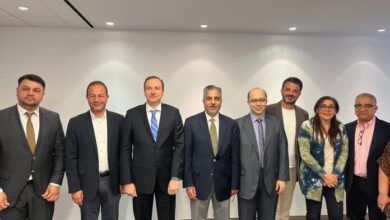 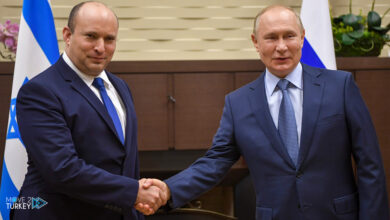