Danish prosecutors on Tuesday requested a 54-million-euro fine against a company accused of violating an EU fuel embargo against Syria, as well as two years’ jail for its chief executive.

The demand for imposing a fine of 54 million euros on Dan-Bunkering  came during the company’s trial on accusations of violating the sanctions imposed by the European Union on the Assad regime in 2011, due to the repression of civilians in Syria.

According to the Danish State Prosecutor for Serious and International Economic Crimes, Dan Bankering, one of the world’s largest suppliers of shipping fuel, sold about 172,000 tons of aviation fuel to the Assad regime, worth about $99 million in 33 deals between 2015 and 2017.

The French Press Agency reported that That the fuel was delivered to Syria where it was used in Russian air force planes fighting in the country’s civil war.

The prosecutor Anders Rechendorff told the court in Odense. “The seriousness of the violation is clear from the fact that the fuel filled the tanks of Russian fighters which bombed the opposition against the Assad regime.”

Keld Demant, the chief executive of Dan-Bunkering’s parent company Bunker Holding, is the target of prosecutor’s demand for a jail term.

Both companies and the boss have pleaded not guilty, saying they had no control over what their customers — themselves not under sanctions — did with the fuel.

But Rechendorff said Demant had not taken due care when reading information about dealing with Russian firms in 2016.

He “Even negligence can be grounds for a conviction, and the accused should have examined what was going on much more thoroughly”.

From December 2011, the European Union imposed sanctions on the Assad regime, including oil imports, banning some investments, freezing the Damascus central bank’s assets held in the EU, and restricting the import of equipment and technologies used to suppress the people and cut off communications.

The European sanctions include freezing the financial assets of officials in the Assad regime, in the countries of the Union, and banning their travel to them, and stipulates the punishment of every entity, company or individual that deals with any of those included in the sanctions list, according to the legal regulations of the European Union.

WHO: More than 4.6 million Syrian children are food insecure

Jordan’s King: Russia’s absence will cause problems on our border with Syria

The Guardian: Putin is making operational and tactical decisions about the war

WHO: More than 4.6 million Syrian children are food insecure

Jordan’s King: Russia’s absence will cause problems on our border with Syria

The Guardian: Putin is making operational and tactical decisions about the war 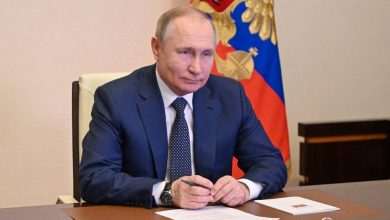 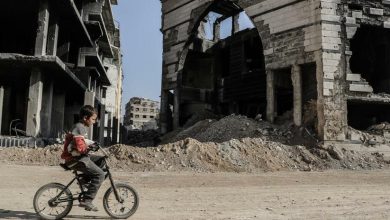 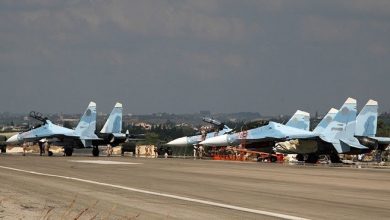