The International Economic Crimes Police revealed that the Danish company specialized in the trade of fuel transportation, “Dan Bunkering”, had violated the European and UN embargo imposed on the Assad regime.

According to the police, the Dan Bunkering Company not only violated European sanctions against the Assad regime, but its actions contributed to saving the Assad regime from falling in 2015.

The newspapers in Copenhagen, quoting investigators, reported that the company’s e-mail correspondence with the captain of one of the Russian ships showed that the Danish company provided Russia with fuel for warplanes “in the direction of the Syrian Baniyas, and played a decisive role in bombing the Syrians to enable Bashar al-Assad to rule.

According to the message and tapping on the phone of the CEO of the Danish company, the eastern Mediterranean witnessed an active and secret movement, after the tracking devices of transport ships were turned off, to transport warplanes fuel to the Banias port on the Syrian coast.

The Danish company’s lawyer considered that “there is no case at all” to appear before the courts, explaining that “the Danish company (Dan Bunkering) did not know the final destination of the fuel.”

The company, “Dan Bunkering,” considered to a press statement that “the company cannot control whether the fuel will be used by the customer,” stressing that “the company’s internal investigations did not prove the presence of people who were aware of the violation of European Union sanctions against Syria.” .

The public prosecutor in the case before the Court of First Instance in Odense city, Anders Dervig Reichendorf, indicated that the email, which was found during a search of the company’s headquarters, proves that the captain of the Russian tanker “Mukhalatka” confirmed the arrival of fuel to the Syrian Banias on October 6, 2015. And that it is fuel for planes and bombers, and it was specifically mentioned that the final destination is “the Russian Hmeimim military base north of Banias, near the Syrian shores.”

The amount of fuel delivered to warplanes is greater than what was previously revealed last year, as investigators revealed that 172,000 tons, in cooperation with the Russian “Sovfracht” company, which is close to the Ministry of Defense in Moscow, based in the Russian enclave of Kaliningrad on the Baltic, It was transferred to the Assad regime for the benefit of warplanes.The Danish newspapers, quoting investigators in the case, stated that this fuel contributed to covering about 20 thousand sorties and Russian raids until 2019, and that “those raids led to the death of 13,000 people and about 5 thousand, including civilians who were victims of the Russian bombing of hospitals and medical clinics. , among other things,” according to what is reported by Syrian human rights organizations. 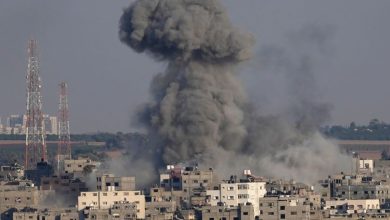 Cease-fire agreement comes into force in the Gaza Strip 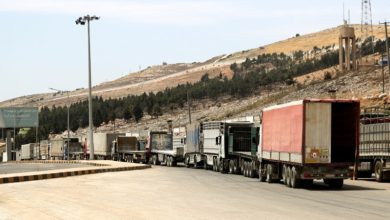 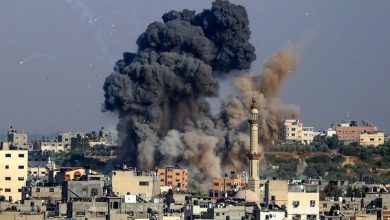 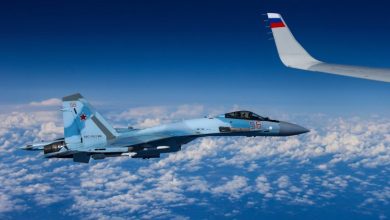 Russian strike targeted a US military site in al-Tanf