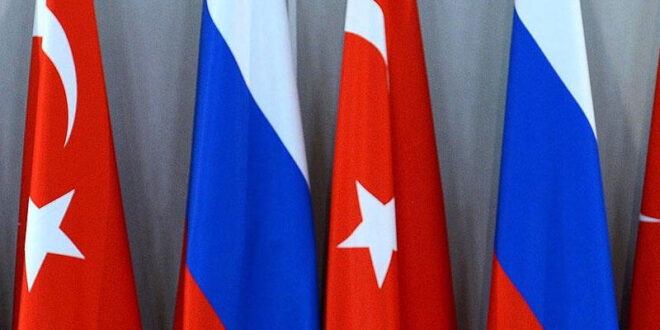 The special envoy of the Russian president to the Middle East and African countries, Deputy Foreign Minister Mikhail Bogdanov, discussed today, Friday, with the Turkish ambassador to Moscow, Muhammad Samsar, the situation in Syria and Libya.

A statement issued by the Russian Foreign Ministry said: “The two sides discussed a number of Middle East issues, with a focus on effective means of assistance for the urgent settlement of the Syrian and Libyan crises.”

It was stressed, according to the statement, the need to jointly search for solutions acceptable to both parties in order to resolve the Syrian and Libyan crises as soon as possible, on the basis of the current international legal framework, including the relevant Security Council resolutions.

Earlier, Russian President Vladimir Putin announced that the relationship between Russia and Turkey is developing in a positive and rapid manner, and this concerns trade and security in the international arena, indicating that there are difficult issues as well.

Putin said during his meeting with his Turkish counterpart: “Our relations are developing rapidly and positively, and this concerns trade and economic relations that are growing at a rapid pace, and this concerns cooperation on the security track, especially in the region and the international arena. There are many issues, and there are also complex issues. I am very happy to see you not only to exchange views on this full set of issues, but also to search for solutions.