الرئيسية / In English / The Independent: Denmark has become the first European country to strip Syrian refugees of residency permits 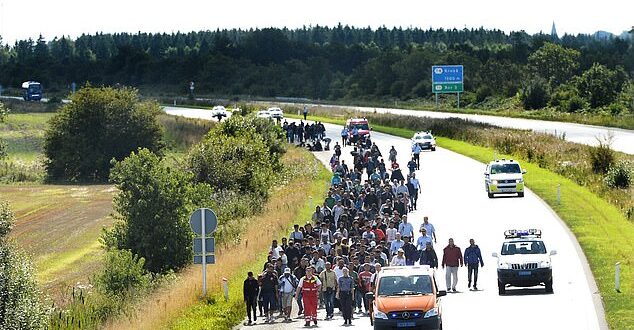 A British newspaper revealed that Denmark has become the first European country to strip Syrian refugees of their residence permits, and demand them to return to their country.

According to the “Independent”, the permits of 94 Syrian refugees have been withdrawn, as the Danish Minister of Immigration, Matthias Tesfaye, insisted last month that the Scandinavian country was “open and honest from the beginning” about the situation in Syria.

Tesfaye added, “We have made it clear to the Syrian refugees that their residence permits are temporary. It can be withdrawn if protection is no longer needed. ”

The Danish Minister of Immigration, Matthias Tesfaye, announced that the permits of 94 Syrian refugees had been withdrawn.

He continued: “People will be protected as long as they are needed. When conditions improve in the refugee’s home country, the former refugee must return to his homeland and re-establish his life there.

This comes after the Ministry of Immigration decided to expand the safe zone in Syria, to include the Damascus Countryside Governorate, which includes the capital.

The Danish decision met with a protest by Amnesty International, which told the British newspaper that they felt that this decision was “a horrific and reckless violation of Denmark’s duty to provide asylum.”

Denmark had reassessed the temporary protection permits for about 900 Syrian refugees from the Damascus area last year, and the decision of the Danish government now, regarding the Damascus countryside in Syria, will mean that the same applies to 350 other Syrians in Denmark.