الرئيسية / In English / The Syrian Network: More than 700 journalists have been killed during ten years in Syria 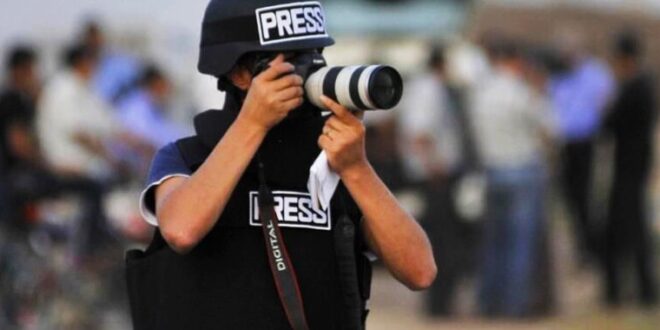 The Syrian Network: More than 700 journalists have been killed during ten years in Syria

The Syrian Network for Human Rights stated in its report, yesterday, Monday, on the occasion of World Press Freedom Day, that 709 media workers and journalists have been killed in Syria since March 2011.

According to the report, “The National Army factions killed 25 journalists and media workers, including a child and 3 women, while the Syrian Democratic Forces killed 4, and 1 journalist was killed by the International Coalition Forces, and 32, among them a foreign journalist, were killed by other parties.”

The report indicated that, at least 1,563 journalists and media workers were injured, of varying degrees, at the hands of the parties to the conflict and the forces controlling Syria.

The report recorded at the level of arbitrary arrest and enforced disappearance of journalists at least 1211 cases, and so far there are at least 432 journalists arrested or forcibly disappeared, including three women and 17 foreign journalists.

The Syrian Network called on all parties to the conflict to release the detainees and reveal their fate, as well as not to use repressive security laws that oppose freedom of opinion, especially by the Assad regime, and not to use the media to serve the forces, justify their violations and obscure the truth.

Syria is at the bottom of the list of countries in terms of freedom of the press, according to what Reporters Without Borders published in 2021, and Syria ranked 173 out of 180 countries.